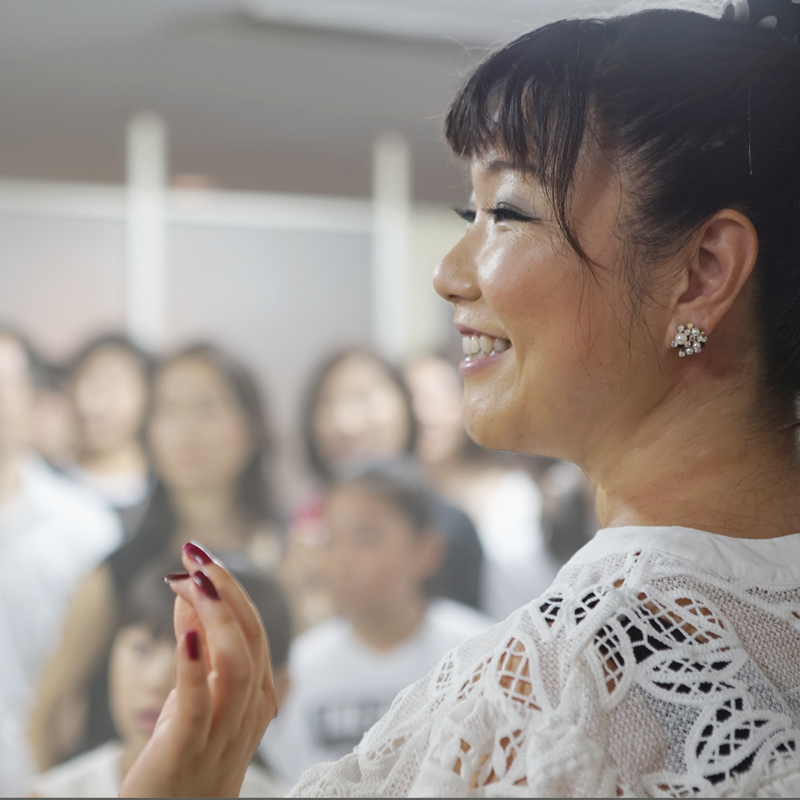 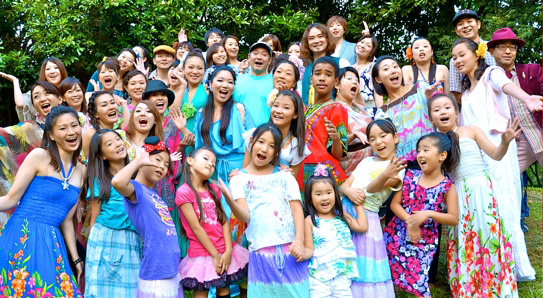 Mika Arisaka & The Sunshowers, founded in 2010 by a vocalist Mika Arisaka, is a unique band profiling the theme of 'family'.

Mika wishes to pass on the joy and importance of live music and singing to the next generations.
She also hopes to have a place where a whole family can join and sing together.

The members of the band range from age one to people who are in their 70s. Regularly 60 to 70 people are enrolled in the band.

Through Mika's lessons, singing, and performing in the group, the members learn: 1. English with proper pronounciations, 2. Vocal techniques, 3. Self-expression. The band sings music from the movies, musicals, Motown, Gospel, as well as original songs.

The group has actively participated in local music events with live bands, and it joined many recordings over the years. Recordings are from independent artists to major artists such as Arashi, Sekaino Owari, COMA-CHI, Love Psychedelico, and many more. Members of the kids are featured in recordings of Black Bottom Brass Band's album, 'Kids Brass' , and a music label, Pony Canyon's production of kids songs, 'Eigo de Utaou (Let's Sing in English) ' in Japan.

After the Great East Earthquake in Tohoku, Japan, TOHOKU Sunshowers was formed in 2012, singing with the local people in Kesennuma, Miyagi-Prefecture.

They were also honered to have sang the natinonal anthem on Rakuten Golden Eagles' baseball games. In 2013 the Sunshowers released a mini album 'Sunshower!'. The group had their 10th anniversary in 2020, and began online lessons to continue their musical activities.